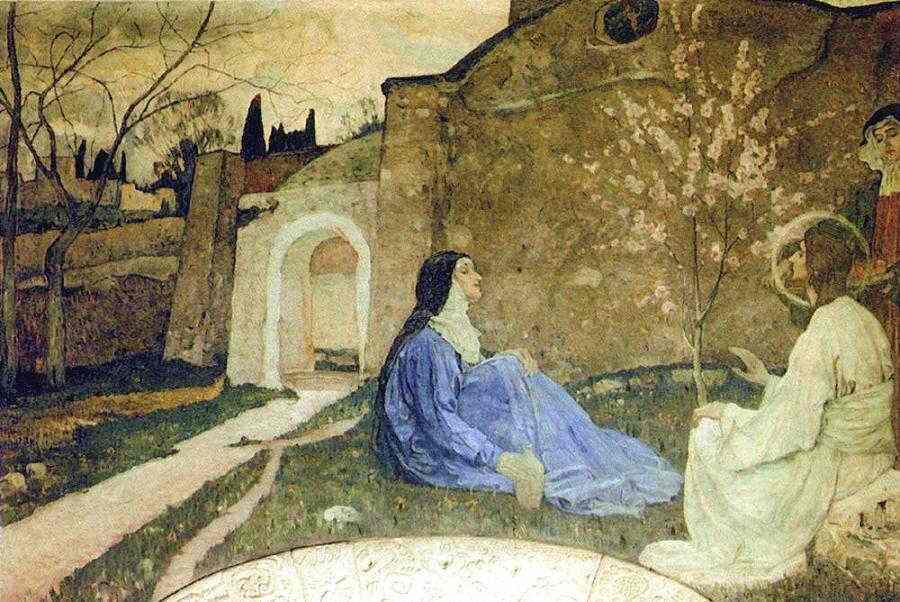 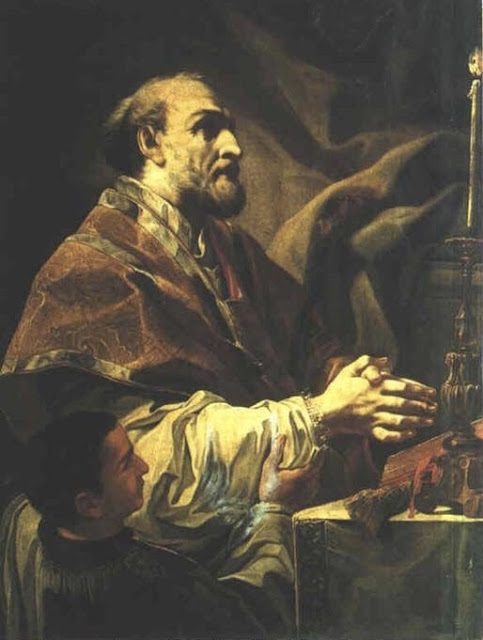 Guardini continues to guide us through the Mass - focusing now on the prayers of entreaty and the gestures preceding them.  The Collect, the Secret and the Postcommunion all begin with the invitation "Oremus" - Let us pray.  He notes that in all of these prayers we find a kind of clear, terse collectedness and focus.  Their brevity is a mark of the Church's desire for clarity and reverence for the tradition from which these prayers arise.  Though profound and powerful, they are not the subjective prayer of the individual but of the Church before her God. They are precise in their expression - the fruit of deep concentration and seizing upon the essential truths they seek to articulate.  Thus we must take the invitation "Let us pray" seriously - we must move into silent reflection.  The priest must truly pause in order to allow the words that follow to arise with a vitality as they are lifted up to God as vehicles of the intentions of the Church. Therefore we do well to study them beforehand in order these are the intentions of our hearts as well.

The direction the prayers take us is significant.  Guardian writes:  "The goal is the Father; prayer is a seeking of His face. “The Way” is Christ. The power is the Holy Spirit."  This is the law of liturgical prayer.  It is trinitarian - directed to the Father, made "through", "with", and "in" Christ, and in the strength of the Spirit. It is the very principle of Christian existence and forms and shapes our consciousness.  It is the very truth and love in which God himself lives, creates and redeems.  It is to this reality He calls us and in and through which we participate by our prayer.

IN SINGULAR contrast to the prayer of praise stands the prayer of entreaty, the oratio. We find it chiefly in three places: after the Gloria in the Collects, after the Offertory in the Secret, and after the Communion prayer in the Postcommunion. It also appears in the Canon (in the various requests before and after the Consecration) and at the end of the Our Father. Our concern here is with the prayers which appear in the three places mentioned first: the Collect, the Secret, and the Postcommunion.

That they are important is at once seen from the words and gestures which precede them. The priest kisses the altar, an expression of closest contact with the place of God’s proximity; then he turns to the people and with a grave and formal gesture says: “The Lord be with you.” To this the congregation or server replies: “And with thy spirit.” It is the same words of collectedness and strengthening we met before in the Preface. The Priest says: “Oremus let us pray.” And the Collect follows. The preamble of the Secret is even more solemn. There the priest says first: “Orate, fratres Brethren, pray,” then he continues: “that my sacrifice and yours may be acceptable to God the Father almighty.” The server answers: “May the Lord receive the Sacrifice at thy hands, to the praise and glory of His name, to our own benefit, and to that of all His holy Church.” After this preparation the priest prays over the offerings lying on the altar.

Romano Guardini
Meditations Before Mass
Posted by Fr. David Abernethy, C.O. at 7:45 AM No comments: